The Lexus GX470's are your typical mid-sized SUV known for their luxury inside and out, but how do they fare when it comes to their towing capacity? Even though the GX470's are older vehicles, there are still plenty of people out there that are wondering about their specs and I was a little surprised on what I found out! Let's take a look.

Overview of the Data For the GX470:

Engine Choices: Engine choices were not specified in the data I found and it did not seem to affect the overall capacity numbers either, as there was nor real ranges in the numbers for most model years.

The numbers that did range were dependent on the optional tow equipment you had installed, not the engine that was used.

Towing Capacity: The trailer weight capacity for the GX470's didn't really change over all of the years and in fact was pretty similar, hovering at around 6,500 pounds for most model years. The only model years that had different weight limit ratings was in 2004 and 2003, where that was reduced to 5,000 pounds for some models/equipped towing equipment.

It is also important to note that GX470 models that used the kinetic dynamic suspension system were not capable of pulling any weight.

Some model years for the GX470's shared the same towing spec figures so I only used the one chart as a reference for all of those model years because the information was the same.

Lexus recommends having trailer brakes for your trailer when trailer weights are 1,000 pounds or more.

Always read through all of the tow related information in your specific GX470's owner's manual to get a better understanding of what the manufacturer recommends and the limits of your vehicle.

The 2005-2009 GX470's had a pretty simple (single figure) metric that encompassed all models and the maximum towing capacity was listed at 6,500 pounds in the manuals.

The GCWR was also stated in this information and was set at 12,000 pounds, as the chart below shows. I wanted to also point out that one chart is posted for the 2005-2009 models years and the specs were identical for all model years, so I went ahead and only posted the one chart that encompasses all of the '09-'05 models.

Below the maximum weight rating specs you will see the maximum tongue weight calculation chart, that was also mentioned in the owner's manuals and I figured was worth mentioning too. The 2004 models had slightly different specs than we saw in the later models and the maximum towing capacity numbers for the 2004 models actually ranged from 5,000 pounds and went up to 6,500 pounds.

These figures were for models that did not use the kinetic dynamic suspension system. For models that did have this system installed, those numbers were reduced to 0, or in other words, they were not suitable for towing.

The kinetic dynamic suspension system is a type of self leveling system for the suspension components and more information about that is available online. The tow chart I found below is from the 2004 owner's manual, as is the tongue weight chart but no GCWR figures were mentioned. The 2003 GX470's had the lowest tow ratings out of any other model years and was set at a maximum weight of around 5,000 pounds.

The maximum tongue weight for the 2003 models is also lower, coming in at around 500 pounds, due to the lower trailer weight figure. I want to also point out that the image I found in the manual also states that trailers weighing over 2,000 pounds must have a sway control device installed, which is true for other model years too but is stated clearly here, alongside the trailer weight rating. Do I Have A Kinetic Dynamic Suspension System Installed?

Anytime anyone asks if they have a certain factory option that may affect their weight ratings, I always tell them to have it taken in to a dealership to have them confirm this for you, as it is the easiest and usually the most accurate method.

I was able to find a video on YouTube that has a simple way to check, if you are somewhat familiar with vehicles that I thought some people might find useful regarding the installation of KDSS on their GX470s.

Resources For The GX470:

I used the owner's manuals I found online to perform all of my research for this article. I found them on Lexus' website and these were for US models only, as is the information on this page.

The manuals had all of the information for the GX470's I needed like the charts, tongue weights, etc., but there is a lot of other information you might want to take a look at and is why I left quick reference links to the manuals below. 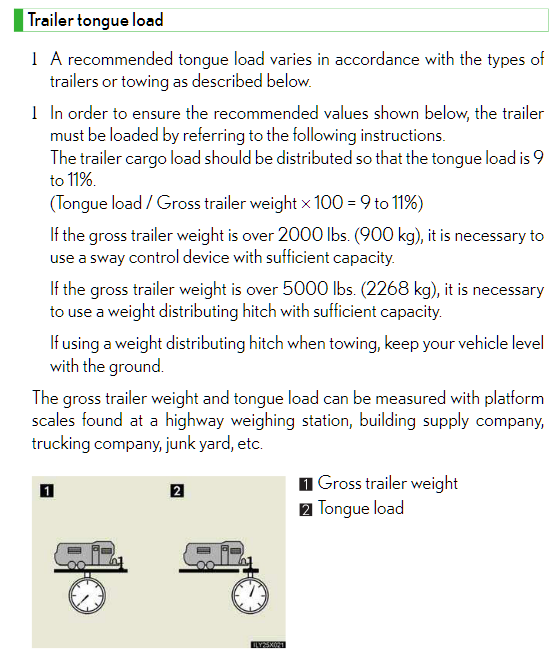 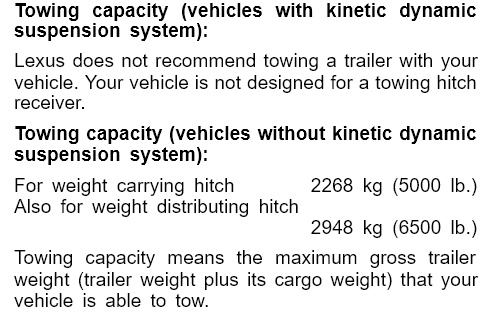 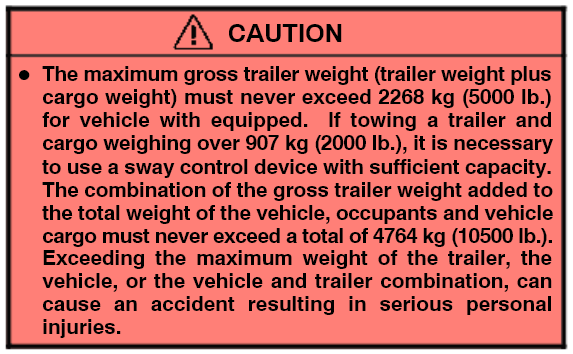