I never really though of Nissan's Xterra being able to tow anything really, I just thought it was a mid-sized SUV that had decent off-road capabilities and that was about it. After doing a bit of research though I found out that the Xterra's did possess a pretty decent towing capacity, depending on a couple of things.

Overview of the Data For the Xterra:

Engine Choices: Unlike some of the other vehicle manufacturer's weight limit charts, there were no engines specified in the charts for the Xterra's, so the engine you had equipped did not affect the overall capacities at all.

2WD VS 4WD: In some of the weight charts there were models that were broken up into 2WD and 4WD models and specific capacities listed for each type of vehicle. Normally, the data would be different in most cases but for these SUVs, the numbers did not change based on whether you had a 2WD or 4WD model.

Towing Capacity: From 2000-2015, the overall maximum trailer weight capacity didn't really change, and it seemed to hover at around the 5,000 pound mark for all model years.

The exception to that would be for the 2000-2003 models that were equipped with a manual transmission and these vehicles had a dramatically reduced capacity of 3,500 pounds instead but other than that, they were all similar.

Some model years had the exact same specs and instead of listing the same charts for each model year, I grouped them together. If you see a single chart for multiple model years, the specs will be the same.

The models made from 2011-2015 really didn't differ at all when it came to any type of weight specs, in fact they were identical in almost every way, from what I gathered.

It is important to read the notes below the chart to get an idea of what was "assumed" by Nissan and how that relates to the maximum weight limits found in the chart. The 2004-2010 models had nearly identical specs to the 2011-2015 model years but the chart was visually different, being broke up by 2WD and 4WD models, but none of the numbers changed.

A lot of the other data like tongue weight limits for the 2004-2010 models was still the same as later model years, coming in at around 500 pounds and the GCWR was a mere 2 pounds less, stating a max. GCWR of 9,656 pound rating for either 2WD or 4WD models. The 2000-2003 Xterra's had a towing capacity of either 3,500 pounds or 5,000 pounds, depending on whether you had a manual transmission or an automatic transmission equipped.

The chart for the 2000-2003 models do specify 2WD/4WD models and manual or automatic transmission specs, but the real difference seemed to come down to the transmission you had.

The tongue weight figures were equal to up to 10% of the trailer weight and the GCWR numbers were a little different from the other model years we looked at too and worth taking a look at as well.

What Resources Did I Use For This Article?

I gathered most of the owner's manuals from third party sources that had pdf copies of the different Xterra's model years because Nissan's website only had them for 2013-2015 model years.

It wasn't a problem though since the information I found is relevant and accurate and I posted the links as a sort of "quick resource" for those of you out there that want to dive deeper into some of the other towing related information. 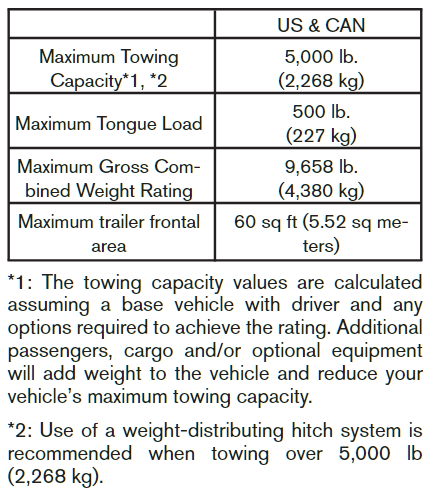 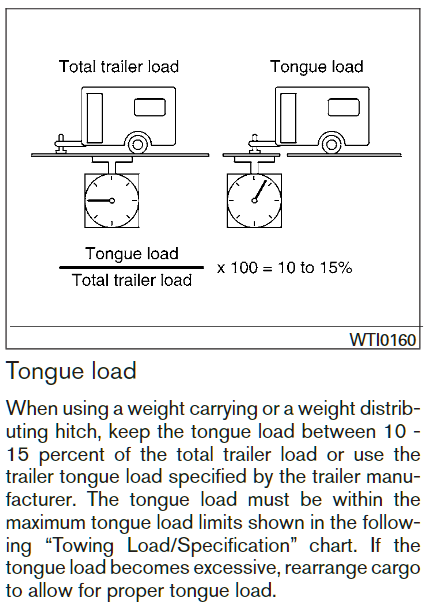 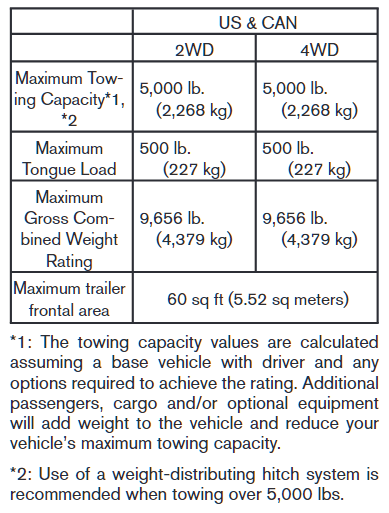 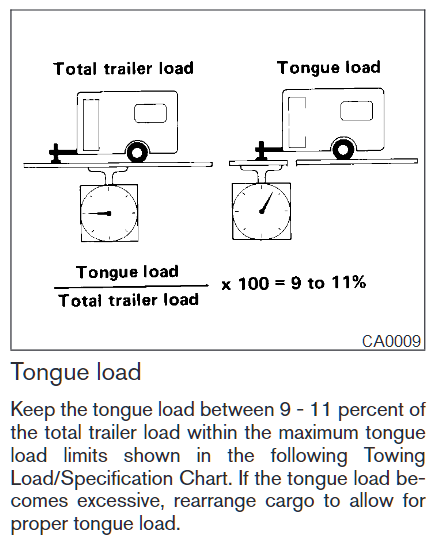