The Nissan Pathfinder is another typical SUV, but when I was researching the towing capacity, I was quite surprised by the ratings that were specified and thought that a resource guide was needed.

There wasn't much change in the specs for the Pathfinders over the years but the capacity did vary from generation to generation and it would be worth checking out what your specific model is capable of, just in case.

Overview of the Data For the Nissan Pathfinder:

The engine that was equipped was not specified in any of the tables for the Pathfinders and it really didn't make all that much of a difference for the most part, except for those 2008-2012 models.

Configurations: There weren't many variations in the way of total capacity due to 2WD vs 4WD models but there was a big difference in capacity for 2000-2004 models when comparing the specs to manual vs automatic transmissions. It was 1,500 lbs. which is a lot more capability and can make a huge difference in what you can pull.

Towing Capacity: The towing capacity for the Nissan Pathfinders was pretty similar from 2000-2019 and really didn't differ much. The capacity numbers ranged from 3,500 lbs. to 7,000 lbs. all-in-all but the average capacity for most models hovered around 5,000-6,000 lbs. It is important to note that for model years 2020-2017, Nissan requires that a trailer that weighs over 3,500 lbs. must have its own braking system installed in order to safely pull the load with your Pathfinder.

The 2008-2012 Nissan Pathfinders had a little bit different towing capacity from other years, set at 6,000 lbs. and 7,000 lbs. maximum weight. The difference is due to the engine configuration, one being a V6 and the other being a V8 model. The 2000-2004 Nissan Pathfinders had a towing capacity of 3,500 lbs. maximum for models equipped with manual transmissions and a 5,000 lb. maximum capacity for automatic transmissions. The tongue weight limits were set at the 10% mark yet again, having a maximum weight for manual transmissions set at 350 lbs. and 500 lbs. max. for automatic transmissions.

The GCWR was set at 8,000 lbs. and 9,500 lbs., the lower rating for the manual transmission models and the higher one for models equipped with the automatic transmission. There were many different trim levels that were offered over the years and each model year seemed to have slightly different availability when it came to tow packages and the Pathfinder trim levels.

Below is an example of two different model years that I looked up, the 2020 models (top picture) and a 2016 model (bottom pic) and you can see that they are different.

So, you will want to make sure that you take a look at your specific model years brochure to verify if your specific trim level had a tow package option available and what those options were. I was able to find these two brochures online by searching for the model year and adding the word "brochure". 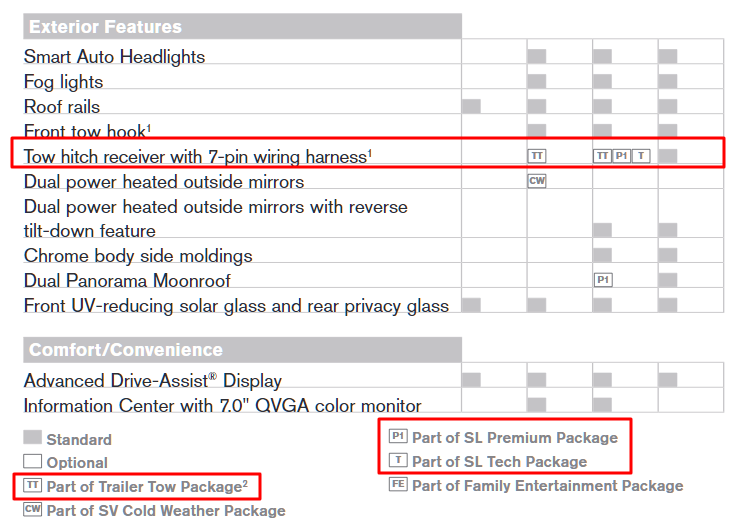 Take A Look At The GVWR and GAWR Figures!

All of the charts I found in the manuals had the GCWR listed for the different models, which was a very convenient feature to have included but you should also know what the GVWR and GAWR's are too and these were not included in the charts.

Where Can I Find These?

The GVWR and the GAWR specs are usually listed on the certification label, which can be found somewhere on the driver's side door jamb area (with the door open).

On the label, you will see a lot of important information listed like tire size and pressure, along with the VIN and this is also where you will find the GVWR specs and both front and rear GAWR specs. 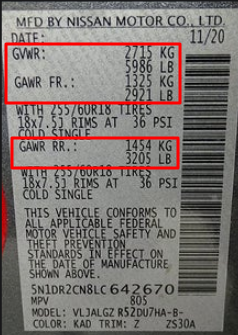 The GVWR is important because it is the total amount of weight that your vehicle is capable of holding, which usually includes the vehicle itself (with all fluids), all passengers and cargo and optional equipment that may be mounted on the vehicle somewhere.

The GAWR is a more rare metric that most people tend not to use, in general, but it's still important you take these weight ratings into consideration when calculating weight specifications as a whole.

Do I Need Trailer Brakes?

Most people don't realize that when they tow heavier trailers, most manufacturers will recommend some sort of trailer brake system to ensure that you can safely stop your vehicle with the added weight that is now attached behind it.

Nissan does recommend that if your trailer weighs 3,500 pounds or more, then you need to have that trailer equipped with its own independent braking system, separate from your vehicle braking system. Below is a little snippet of what I found in the 2020 owner's manual...

It is important to note that some model years have different recommendations when pulling trailers over specific weights.

Some examples of this are when towing a trailer over 5,000 lbs., a weight distributing hitch is needed or a brake system on the trailer needs to be equipped if the weight is over 3,500 lbs. and so on.

Resources For The Nissan Pathfinders That May Come In Handy:

Below is a list of all of the Nissan Pathfinder owner's manuals that I found online and gathered data from to get all of the needed information on the Pathfinder's towing specs. Other people might find it useful as well. 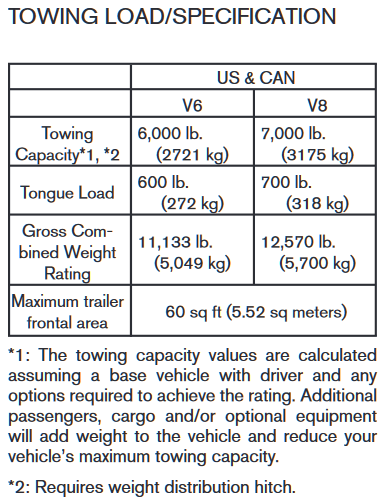 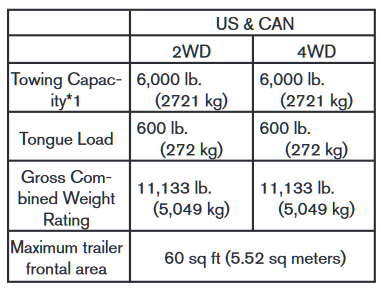 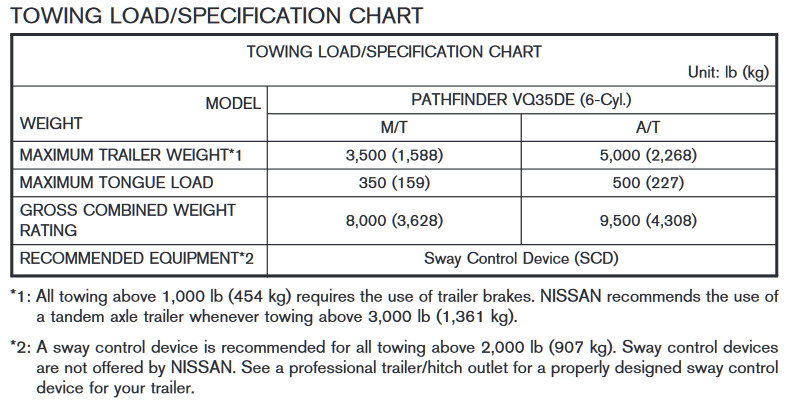