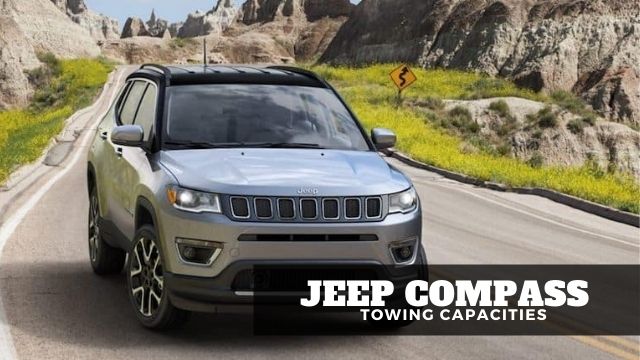 The Jeep Compass is a smaller SUV that  doesn't really get as much attention as some of the Grand Cherokees do or even the Wranglers, but they are still quite popular and to my surprise, also have a limited towing capacity attached to them.

These vehicles aren't made for hauling anything large and heavy and even though they do have the ability to pull some weight, it isn't very much, but some of you out there might like just having the option available to you for smaller, lighter loads. Here's what I found out...

Overview of the Data For the Compass:

Engine Choices: The engine options over the years didn't really change all that much, most models and most model years utilized the 2.4 L engine almost exclusively, except for the 2.0 L engine which was used on some earlier model years, all the way up to 2016.

Configurations: There were many different configurations listed for this vehicle that appeared in the trailer weight rating charts and these were automatic vs. manual transmissions, front-wheel drive versus four-wheel drive models and how many speeds the transmission had, in some cases.

All of these configurations and variations didn't really affect the capacity numbers overall, as most weight specs were nearly identical. Where these variables did matter is when your specific vehicle had "XX" and "XX" options equipped, and if it did then you were able to pull a trailer with your vehicle and if you did not have certain requirements you basically had no capacity whatsoever.

Towing Capacity: All-in-all, the towing capacity for the Jeep Compass really stayed the same over the years and maxed out at 2,000 lbs for all model years. From 2007 to 2016 there were certain models that had a smaller 1,000 lb maximum capacity but other than that, the higher end of the spectrum stayed the same throughout the life of the vehicle.

Some of the charts I have listed below for the maximum trailer weight ratings will apply to many model years in some cases, so I grouped these model years together and only posted one chart that applies to all the model years in that section.

The 2021 models had a maximum towing capacity of 2,000 lbs., but that was only for models that had the 2.4 L engine equipped, paired with the nine-speed automatic transmission.

The other 2.4 L engine that came with a 6-speed automatic transmission was not recommended the hall any sort of weight, as you can see in the chart below. 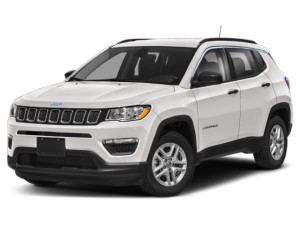 There was no difference in the drivetrain configuration for the 2.4 L engines, equipped with a 9-speed transmission regarding front-wheel drive or four-wheel drive, as the maximum trailer weight rating was the same for both types of vehicles.

For the 2020 models, the maximum towing capacity was set at 2,000 pounds, like we saw for the 2021 models, but there were more options when it came to engine configurations, so the chart for these model years are slightly larger and have a little bit more data to look through.

There was only one engine and transmission combination that was able to pull that 2000 pound rating and that was the 2.4 liter engine, paired with a 9-speed automatic transmission (4WD), as you can see from the chart below.

The other two options, which both shared that same 2.4 liter engine but had either a manual transmission or a 6-speed automatic transmission, did not have specs listed for the maximum trailer weight rating and pulling a trailer was not recommended for these two configurations.

The 2017 models were unique in the fact that their chart only had one rating listed but that rating was still set at that maximum 2000 lb. towing capacity rating.

The 2.4 L engine was still used and the only other specification listed in the chart was the four-wheel drive transaxle, other than that no other specifics were listed.

For models made from 2016 - 2014, there were four different specifications listed in the chart, along with two different engine configurations and two different trailer weight capacities listed.

If we look at the chart below, we can see that the 2.0 L and 2.4 L engines that did not have any sort of tow package or off-road package had a maximum trailer weight rating of 1,000 lbs.

If you had the 2.4 L with either a trailer tow prep package or a freedom drive to off-road package, then that total weight capacity would be bumped up to 2,000 lbs.

For the 2013 - 2009 models, we saw the same towing capacity range of between 1,000 - 2,000 lbs., like we did for the 2016 - 2014 models and the chart was almost exactly the same too, but there were only three specifications listed in the chart instead of four, without the Freedom Drive II off-road package as an option. 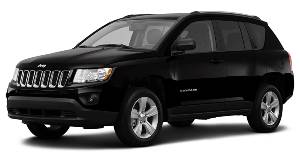 There were two engines listed for these model years, which were the same 2.4 l engines, and the only difference between the lower and higher capacity rating was whether you had a trailer tow prep package equipped on your vehicle. 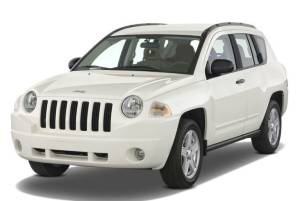 This was an easy chart to read and having the additional prep package equipped on your vehicle doubled your overall capacity, which is quite substantial!

I wasn't able to find any specifications that stated the gross combined weight rating figures in any of the owner's manuals, brochures or any other resource online, so for now I can't post any numbers. If I do find out anything, I will post it in this article to keep it as up-to-date as possible.

Where You Can Find GVWR and GAWR Info:

The gross vehicle weight rating and gross axle weight rating information was not anywhere to be found in the owner's manuals, but you will be able to find it on your vehicle, if you know where to look.

On a side note, I was also able to find the gross vehicle weight rating in some of the brochures that I looked through, but the information for the axle weight ratings was missing.

What's Included In The Tow Packages?

From 2016-2007, the higher capacity ratings came from vehicles that had a tow package equipped. From 2016 - 2014, there was also another package that was offered and it was called the Freedom Drive II off-road package, which also gave you the ability to pull a heavier load.

I did some digging and was able to find out a few details about each package and what came equipped with these packages.

Check your specific model year's brochure to see what was offered for your vehicle, as some of the packages did differ from year to year.

The Tow Prep Package (AHC): The Tow prep package only came with a few items and these included an engine oil cooler, a wiring harness and a full size spare tire. I took a screenshot from a 2016 brochure that had this information posted.

Freedom Drive II Off-Road Package: The Freedom Drive II off-road package had a lot more to offer if you look at the screenshot I took below from that same 2016 brochure but all the three basic requirements are included which includes the engine oil cooler, the full size spare tire and the trailer wiring harness. 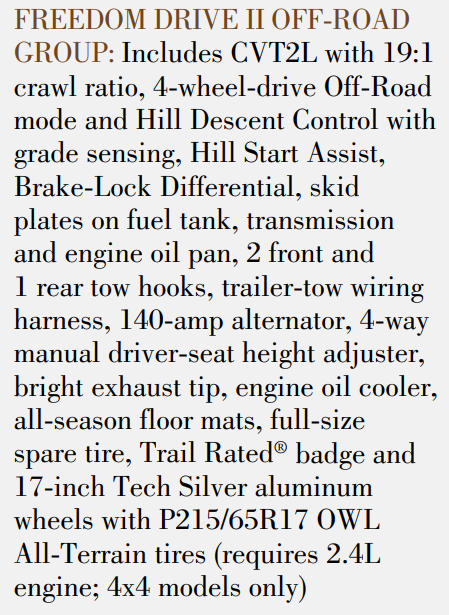 Do I Have One Of These Packages Installed?

Identifying whether you have a tow package equipped on your Compass is not always an easy thing to do, even though there were only three variables to the equation that I already mentioned above.

You can visually inspect for these three items to see if they are in fact equipped on your vehicle and the full size spare tire is going to be the easiest thing to identify, along with the trailer wiring harness on the back of the vehicle that allows you to hook up your trailer brakes.

Identifying whether you have an engine oil cooler installed however is going to be a little bit more difficult, and you will have to see if there are any additional lines going to the radiator itself or if it has an independent cooler somewhere around the radiator that would cool down the engine oil.

Resources For This Article?

I gathered all of my information for the Jeep Compass directly from the owner's manuals, which have a bunch of towing related information that came in really handy, including the trailer weight rating charge that I have posted in this article.

I wanted to go ahead and link to each manual individually for those of you out there that may want to take a look at your specific model years owners manual and do a little more digging into it yourself.