The curb weight of a vehicle is one of the simplest specifications you can learn about it – in basic terms, it’s simply the weight of your car or truck in its running condition. You can also think about it as the weight of your vehicle in the state that it came out of the factory, with no cargo in the trunk or the cabin, no passengers, and no accessories other than what came with your car or truck as part of its standard equipment.

The curb weight may vary slightly from one vehicle to the next, even if they are the same model, but for the most part, there is usually a way to get something close to the standard curb weight of your particular vehicle.

For the most part, however, there isn’t really a strict standard for measuring the curb weight of a car or truck. Most manufacturers take into account the weight of the vehicle with all the standard fittings, accessories, and items necessary to run the car – which includes a fuel tank filled with gas, a full batch of engine oil, coolant, brake fluid, transmission fluid, batteries and everything else.

Another way that manufacturers differ in terms of specifying a method for measuring the curb weight is fuel. Some manufacturers will stick to the assumption that a car with a fuel tank filled to 100 percent capacity is a vehicle that is at its curb weight.

Others, however, will instead lean towards just having the bare minimum in order to have a functional car, and will measure their curb weight with a fuel tank filled to just 10 percent or less. Still, others may try to assume that a car at its curb weight should be a vehicle that is carrying just the average amount of gas, which can be thought to be 50 percent of its total capacity.

Most manufacturers will already have their own standard way of measuring the curb weight of their vehicle, and even then, some car makers may even switch methods throughout the different generations of their car models for a variety of reasons.

That is why the exact definition of curb weight can be drastically different among different car manufacturers, and especially so between ones based around different regions around the world.

To get around these inconsistencies, most manufacturers would also specify the dry weight for their vehicles. The dry weight, just like the curb weight, is yet another direct measurement of the weight of the car or truck.

The difference is, the dry weight is the weight of the vehicle without any fluids needed in its operation – hence the term “dry”. It’s measured for a vehicle that has no gas, oil, coolant, water, brake fluid or anything else other than the standard solid components that it is made of, and perhaps needless to say, it does not include the weight of the driver, other passengers, or any payload at all as well.

A car in a condition where its dry weight can be properly measured is not a car that can operate anytime soon, but even an “impractical” specification as a car’s dry weight has its uses. Since the dry weight is a metric that is as a baseline as it gets for the weight of the vehicle, it can be a more reliable means of comparison between two similar cars, or even two entirely different types of vehicles altogether.

The term “curb weight” is usually used by American manufacturers, as well as in other English-speaking regions around the world. Curb weight, in this case, is usually mentioned in terms of pounds. Car makers in Europe, however, use the term “kerb weight” instead.

What Does Curb Weight Include?

The curb weight of a vehicle is the total weight or mass of a vehicle with all of its standard equipment and consumables like we have covered above. These consumables include everything necessary to have an operational vehicle.

​​The curb weight of your vehicle includes the weight of things like fuel, motor oil, coolant, transmission fluid, brake fluid, and other fluids needed for the vehicle to function. It also includes other necessities not necessarily made by the vehicle manufacturer, such as tires and batteries.

​Some car manufacturers, particularly those in the European Union, also include a standard 165 pound mass to the total curb weight, and this is to represent the weight of a driver.

This is also a practice consistent with European regulations, and since many car manufacturers in the region also follow the same practice, comparing cars from the region still results in a consistent comparison. On the other hand, you will have to take this driver's weight into account when comparing curb weights between American and European vehicles.

Manufacturers based in the US also have their own regulations to follow when it comes to curb weight, and in the case of American car makers, some of these standards are defined by the United States Environmental Protection Agency.

For car makers based in the US, that means that the curb weight of the vehicle is measured in a way that the vehicle is in an operational state, with very little fuel in the tank – just enough to get it to start and run for a limited time.

What Does Curb Weight Affect?

That’s why car manufacturers, especially those focusing on cars, do their best to cut down every last bit of weight from their newer models. Every ounce that they can safely reduce adds to the performance of the vehicle, effectively getting more from the same engine.

Lighter vehicles with less mass – that is, cars and trucks that have less curb weight, can also climb grades easier and stop sooner. They can also handle better in general, as well. All that adds to a bit of extra performance that can go into improving a vehicle’s tow capacity, payload capacity, and other things.

Another important advantage that vehicles with less curb weight over heavier ones: fuel economy. Fuel mileage is simply better for lighter cars compared to heavier ones.

Vehicles other than cars and trucks also have curb weights specified for them as well, and it’s a particularly important metric for two wheeled vehicles.

Lighter vehicles with a lower curb offer all sorts of advantages, so it’s easy to assume that car manufacturers are only interested in making the lightest cars and trucks that they can. So why do newer car models still have curb weights similar to older models, or even get heavier in some cases? As it turns out, a bigger heavier vehicle does offer some advantages.

A vehicle with a higher curb weight has more momentum, and it can make a difference in the chance that a collision occurs. Lighter vehicles are usually at a disadvantage if they collide with a larger, heavier vehicle.

The lighter vehicle the one forced out of the way in the case of a collision. The heavier vehicle, on the other hand, is also often large enough that it has a higher chance of isolating the passenger compartment from the impact.

Finally, the weight of the vehicle also plays a factor in the riding comfort of a vehicle. A car with a higher curb weight, when equipped with the proper suspension system, has a better chance of smoothing over bumps and dips in the road compared to a lighter vehicle.

Where Do I Find The Curb Weight Of My Vehicle

You can find the curb weight of your vehicle in several places, and the first place you can look at is the owner’s manual. Aside from the value of the curb weight, the owner’s manual may also have an explanation of what the weight means, and how it is measured – whether it includes the weight of a driver, or whether it is measured with a full fuel tank or one that is nearly empty.

You can also find some weight information on a plate inside the door jamb on the driver’s side door. This information plate contains a bunch of useful information, including the curb weight of your vehicle. The curb weight may be found under the tire and loading section written on the plate.

A similar plate may also be found under the hood of your vehicle. Many manufacturers inscribe useful information pertaining to the vehicle on the engine plate, including the curb weight of your vehicle.

Finally, you can measure the curb weight of your vehicle yourself, using a scale that can measure the weight of a car or truck. This method can be useful in case you have a vehicle that has been extensively modified.

The curb weight of a vehicle is a weight that has been measured under specific conditions. A vehicle that has everything it needs to run such as fuel, oil, lubricants, accessories, but without any passengers, cargo or other third-party attachments. You can think of it as the weight of the vehicle as it sits in the curb, when not in use.

The gross weight of a vehicle, on the other hand, is the current mass of the vehicle as it is loaded down with its current contents: passengers, luggage, payload, fuel and more. You can think of it, then, as the total weight of the vehicle while in use and on the road.

The curb weight is also a metric that car manufacturers indicate for the vehicle, and it lets you compare your car or truck to other vehicles. It also lets you do some useful calculations involving your vehicle’s towing and loading capacities.

The gross weight, on the other hand, is the actual status of your vehicle while in use – no different from your current speed, tire pressure, and fuel level.

The Gross Vehicle Weight Rating or GVWR of a vehicle describes the maximum weight that it can safely carry, including passengers, cargo and payload. It also includes the weight of the vehicle itself – the curb weight, in other words.

When you subtract the curb weight of the vehicle from its GVWR, you get its maximum loading capacity. The load capacity of your vehicle is an extremely important rating to keep in mind to avoid overloading your vehicle. 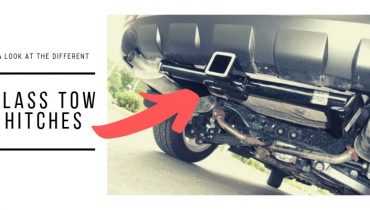 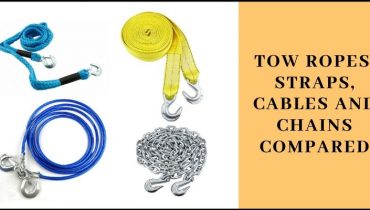