The Hummer H3 is a smaller, more compact version of the H2 model and they are actually capable of pulling some light to moderate loads depending on a few different variables. The H2's surprised me when it came to their towing capacity and even though the numbers weren't super high, they were quite respectable considering the size of the vehicle itself.

Overview of the Data For the H3's:

Engine Choices: The engine you had equipped in your H3 made quite a bit of difference when engine options were specified in the charts. H3's made in 2008, 2009 and 2010 did state in their charts that there was two different engine options: the 3.7L and 5.3L engines.

The 5.3L had significantly more capacity over models that used the 3.7L engine, 1,500 pounds according to the data from the owner's manuals.

Towing Capacity: From 2006-2010, the maximum capacity numbers for the H3 Hummers varied from around the 3,000 pound mark and went up to a 6,000 pound rating. Some of the lower ratings were found on models with a manual transmission.

Models that had the smaller 3.7L engine had capacities the ranged from the low end, up to roughly 4,500 pounds and models equipped with the larger 5.3L engine and an automatic transmission had the highest tow ratings.

Some model years below will only have one chart posted but these charts apply to all H3 model years in the category because the data was the same.

Be sure to read the owner's manuals to get familiar with all of the info that GM recommends, to be sure you have a thorough understanding of your H3's limits.

The 3.7L and 5.3L engines were the two options for the '09 and '10 H3's and another factor that came into play was manual vs automatic transmission options, which also affected the capacity numbers. The 2009 and 2010 H3's towing charts specified that there were two different models listed and this was either the H3 or the H3T.

The H3 is basically just an SUV type of body style where the entire cab is enclosed. The H3T has a smaller truck bed in the back of the vehicle and a smaller enclosed cab area. 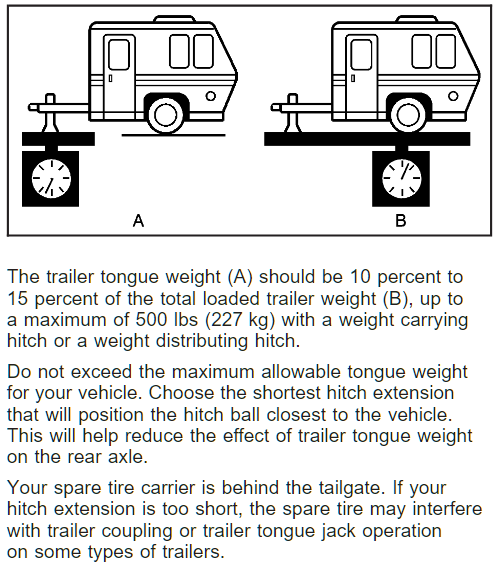