A 2014 Ford Escape was able to pull a pretty impressive 3,500 pounds, if your vehicle was properly equipped with the right engine, along with a couple of other different variables, but what was more interesting than that was the fact that these vehicles also had a tow package that was available and I was able to find out what was included in one of these packages.

Before we dive into the data, I do want to mention that there wasn't a whole lot included in one of these packages, but it was interesting to see what was included regardless.

Included in the Towing Package for the 2014 Escape Was:

The 2014 Ford Escape trailer tow package consisted of three components which were a 4 pin wiring harness, a hitch receiver and a trailer sway control feature there was part of your vehicle. This was the same package that was included for the 2015 and 2016 models as well and there was no real variation between the three.

The two components that were added to the vehicle were the wiring harness and the hitch receiver, but the trailer sway control feature was actually a feature of the vehicle itself and was not an external component like the other two items that were listed were.

A Trailer Wiring Harness With Four Pins: The towing package came with a 4 pin wiring harness which is basically an electrical connector that looks like the image that I have shown. You can see the four different connectors in that image.

A 4-pin harness is used to synchronize your vehicle's lights (which include the turn signals, brake lights, hazard lights and running lights) to your trailer's lights, making them one seamless system. 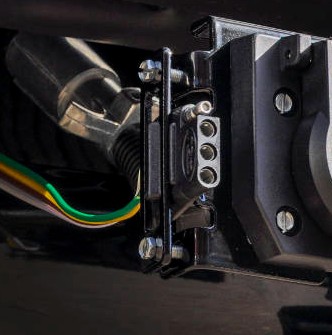 A Hitch Receiver (Class II): The hitch receiver was the main component of the package and made sense since it is the actual metal tubing that gets bolted underneath your vehicle into the frame or chassis and is what provides a strong junction point when pulling heavy loads behind your vehicle.

These are usually bolted into the frame itself and most of the time, no drilling is required. 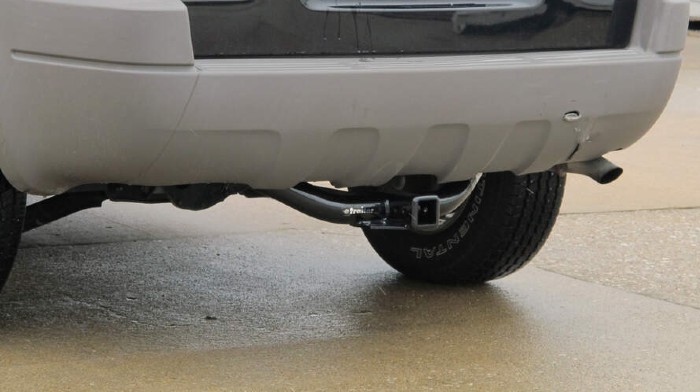 Let's Look at the Hitch Class: There are different hitch classes out there and for the 2014 Ford Escape, a Class 2 hitch was used, which basically means that it was able to handle up to 3,500 pounds of trailer weight.

This was just right because the 2014 Ford Escape had a towing capacity that was specified at a maximum of 3,500 lbs. Even if some models had a lower tow rating than that figure, this hitch would still work because it would be strong enough to handle up to that 3,500 pound rating. 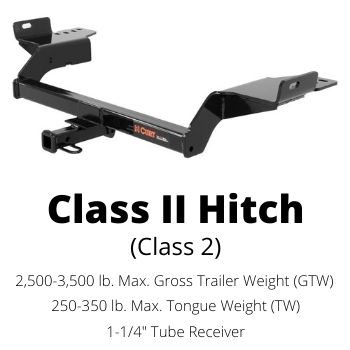 A Word On Hitch Receiver Dimensions: You will want to pay attention to your hitch receiver's interior tubing dimensions because not all hitch receivers have the same measurements.

This will be important when using accessories with your hitch because you will have to order the correct accessory that will fit snugly inside the receiver tube and you will not want any movement left to right or up and down, when pulling heavy loads down the road. 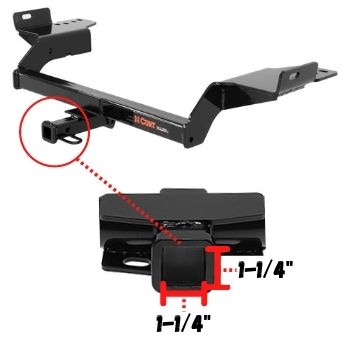 And Finally, The Trailer Sway Control Feature: Like I mentioned earlier, the trailer sway control feature was actually a feature of the vehicle itself and I went ahead and posted a screenshot that gives you a quick overview of how it works.

In other words, it just reduces the speed of the vehicle in order to try to correct any trailer sway issues.

I do want to point out that this feature will not completely stop trailer swaying from occurring, it will only try to reduce it when it senses it.

The Following Are a Couple of the Resources That I Used When Conducting Research for this Article...

This article is pretty short because there was not a whole lot of information to go over, mainly due to the fact that there were only three components that were listed in the towing package that was available for these vehicles.