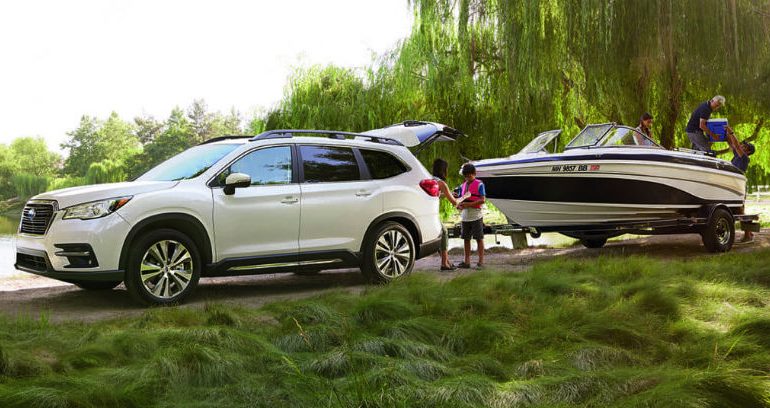 The Subaru Crosstrek is a pretty popular compact SUV and it does have the ability to haul small amounts of weight behind it, but you need to look at the charts in order to know what to expect, regarding maximum towing capacity.

The capacity numbers for the Crosstrek's was pretty straightforward and really didn't differ from 2013-2021, which made the research easy to compile. I did notice listed capacities online that were not specific though and thought clarification was in order, so here it is...

Overview of the Data For the Crosstrek:

Engine Choices: The engine choices for the Subaru Crosstrek did not directly impact the overall ratings or capacities. The statistics were basically the same, across the board.

Towing Capacity: The basic breakdown for the Crosstrek's weight ratings were based on whether the trailer you would be pulling had an independent braking system, what the temperature is (hot outside) and how steep the grades you plan on going up are.

The 750 pound capacity was for the most extreme conditions you might encounter on the road and reduces the maximum possible capacity substantially.

Note: The 2013-2016 Hybrid models are not recommended for towing and do not specify a weight rating, so any ratings or specs I have listed in this article for the Crosstrek does not apply to these model years.

The maximum trailer weight ratings for all of the model years that the Crosstrek was made was basically the same for all models.

The towing capacity ranged from 750 lbs. to 1,500 lbs. and was more dependent on the trailer setup (with or without braking system) and how aggressive the driving conditions were. As you can see from the chart below, Subaru lays out all of the information I talked about and it's actually crazy to think that the maximum capacity is basically cut in half if driving in extreme conditions.

It is also important to keep in mind that the reduced 750 pound rating was due to traveling on any 5+ mile inclines AND when temps are above 104 degrees Fahrenheit combined.

Use caution when either one of these conditions exist (on their own) because it does put more strain on the engine, making engine and transmission temperatures rise more quickly, so reducing your trailer weight from the maximum would be a conservative thing to take into account.

I did notice that there was hope for the Hybrid models as well, for certain model years, that is.

From 2021-2019 the Hybrid Crosstrek's had a towing capacity range of 750-1,000 pounds, according to the charts I found and is just slightly different from the other models we looked at.

Notice how the tow specs are identical for braked and unbraked trailers, set at 1,000 pounds for both scenarios. The 750 pound rating is still the same for extreme outside temperatures and when traveling up long grades.

These Hybrid models did not have any towing capacity attached to them and instead of seeing a chart, I saw this notice...

You will need to locate and make a record of different weight listings for your Crosstrek and the most useful ones are the GVWR, the GCWR and the GAWR figures.

The GVWR and GAWR numbers are located on your certification label that can be found on the vehicle's center pillar (door jamb) if you open the driver's side door of the vehicle.

It will look similar to the image below, which was taken from a 2017 model and if you look closely towards the top of the sticker (left side), you will see the GVWR listed, followed by the GAWR numbers for the front and rear axles. Please look at your own sticker, as the ratings may differ from year to year.

There was no GCWR listed anywhere in the manual but if you take the GVWR and add the trailer weight capacity to that, then it will essentially give you the GCWR for the Crosstreks. Certification Label Example (Do not use specs listed in image)

I wanted to see if there were any differences in the towing specs, when it came to the different models, more specifically between the base model, Premium, Sport and Limited models. Hybrid specs are thrown in, but I already know those specs and have them listed in this article already.

I did not see a difference in any of the specs for a specific model, in fact, they all had the same 750-1,500 lb. towing capacity range and shared the same charts. Here is an image I found for the 2021 models from Subaru's website that verifies this...

I was able to find a reference to trailer brakes in the manuals and it states that if you are pulling a trailer weighing over 1,000 pounds, then the trailer must have it's own brake system installed, separate from your vehicle's brake system. Now you do want to keep in mind that this is Subaru's trailer weight recommendation for this specific model and your local county, city or state laws may have a different spec altogether. When in doubt, always go the safer route and adhere to the lower weight specs, when it comes to trailer brakes.

I was able to find all of the Crosstrek's tow charts via the owners manuals, which is all available online through Subaru's website. I did not find all of them on Subaru's official website, only the newer years but instead used a third party website that had the manuals I needed.