The 2008 Toyota Tacoma is still a popular truck, even today and they are quite small, compared to some of the larger trucks that we are all becoming more familiar with, but they still had a surprisingly strong towing capacity attached to them, as I found out.

The maximum trailer weight rating did vary quite a bit though and you had to meet a couple of different criteria in order to get the maximum rating possible, which I go into that in this article. Let's Dive In!

Always read through your owner's manual, as it is the best way to get familiar with your vehicle and stick to what Toyota recommends to avoid doing any damage to your vehicle.

The towing capacity for the 2008 Toyota Tacoma's ranged from 1,000-6,500 lbs. and was dependent upon two main factors. The first factor was whether your trailer had its own braking system equipped and the other was whether you had a tow package installed on your vehicle.

There were two different tow charts listed in the owner's manual for the 2008 Toyota Tacomas and they were separated into two-wheel drive and 4-wheel drive vehicles, which I took screenshots of and posted below.

[11] Before towing, confirm your vehicle and trailer are compatible, hooked up properly and that you have any necessary additional equipment. Do not exceed any Weight Ratings and follow all instructions in your Owner's Manual. The maximum you can tow depends on the total weight of any cargo, occupants and available equipment.

[11] Before towing, confirm your vehicle and trailer are compatible, hooked up properly and that you have any necessary additional equipment. Do not exceed any Weight Ratings and follow all instructions in your Owner's Manual. The maximum you can tow depends on the total weight of any cargo, occupants and available equipment.

After looking at the charts for the maximum trailer weight ratings, I was a little confused because I was not sure which engine was used for which specific sub model and then I found these two charts that shows which engine options were available for which submodels in both two-wheel drive and 4-wheel drive configurations.

The engine you had equipped really varied depending on very specific conditions such as what your cab style was, whether you had a manual or automatic transmission, if it was a four-wheel drive or two-wheel drive vehicle and which trim level you had for the vehicle.

The owner's manual also stated that the maximum tongue weight rating on the vehicle should range between 9 to 11% of the total weight of the trailer. In the example below they use a 10% maximum tongue weight rating as shown with the 350 lb. limit listed for vehicles that did not have a tow package installed and a 650 lb. limit for vehicles that did have one of these packages installed. 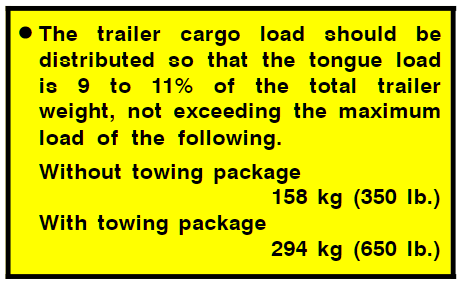 The GVWR specs were listed in the top of the article in the maximum trailer weight rating charts, but I was also able to find a simplified version in the owner's manual that listed all of the gross vehicle weight ratings for both two-wheel drive and four-wheel drive models, including the cab styles.

Just for reference, the 2TR-FE engine is the 2.7 L engine and the 1GR-FE engine was the 4.0 liter engine. 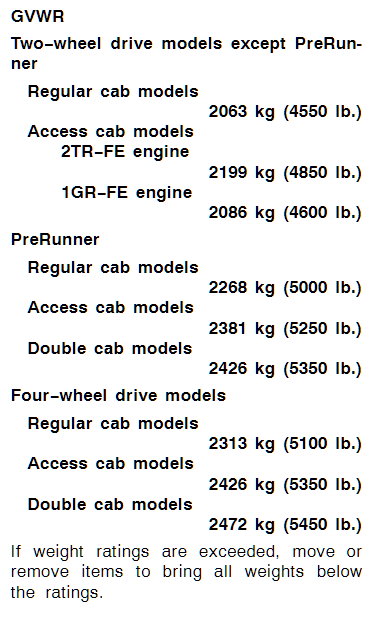 GCWR: I was surprised to see that they even listed the gross combined weight ratings for these vehicles, except for the X-Runner model. This is always a handy number to have when trying to calculate overall weight of the vehicle and trailer combined, as these figures usually aren't easy to find for most vehicles.

GAWR: The gross axle weight ratings we're not listed anywhere in the brochures or manuals but I can be found on the certification label that is listed on your vehicle. All vehicles will have this label as it is federal law and shows a lot of important information about the vehicle, including the gross axle weight ratings for the front and rear axles. 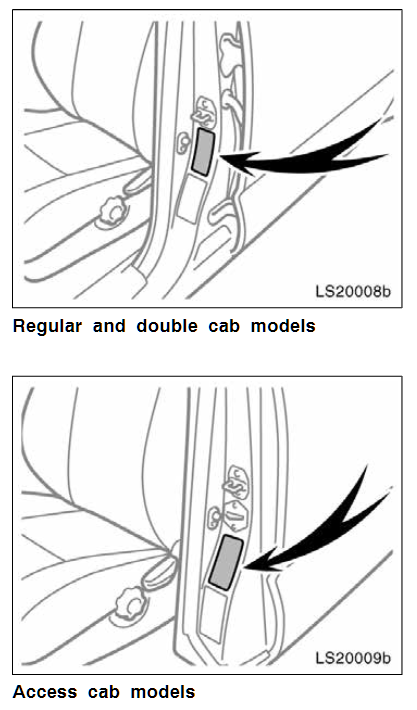 What's In The Tow Package?

In the 2008 Toyota Tacoma brochure, I found a bit of information on what's included with the towing package and it seems like you get a towing hitch and wiring connector, along with an upgraded 130 amp alternator, a heavy-duty battery, and two important coolers which include a transmission oil cooler and a supplemental oil cooler for the engine oil.

When I looked at the charts for the maximum trailer weight ratings I have listed above, there is a little note in there that states that the towing package was only available for the 4.0 l engines, which would give you that higher 6,500 lb maximum capacity.

This gives you a good visual of what the different cab styles look like, along with how many doors each cab configuration has and what size the doors are. You will need to know what type of cab configuration you have in order to plug in the correct numbers to the charts.

Doing a little bit more research in the owner's manual, I stumbled across a couple of other bits of information that I think a lot of you out there might find useful. As you can see by the screenshots below, Toyota only recommends towing a maximum of 3500 lb if you have a bumper hitch, instead of a receiver hitch this mounted directly to the frame of the vehicle.

There's also a note in there about trailer brakes and how they are a requirement if your trailer weighs more than 1000 lbs. That gives us the low end of the spectrum when it comes to the overall towing capacity of the 2008 Tacoma trucks. 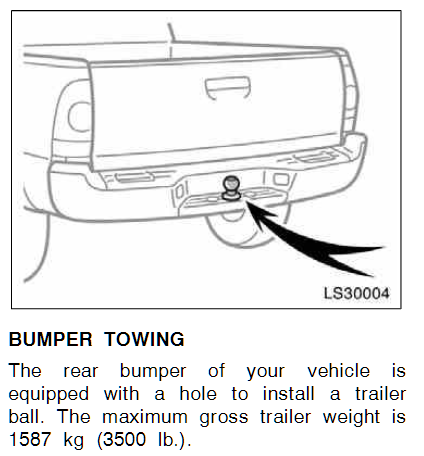 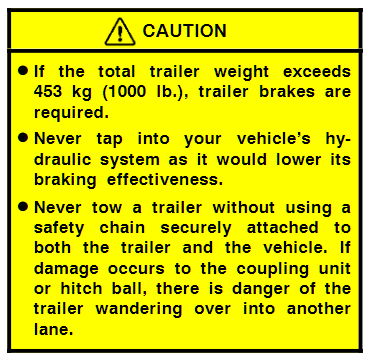 I mainly used two different sources for the research I conducted for this article and these were the owner's manual and the brochures for the 2008 Tacomas.

The brochures were split up into the two-wheel drive and four-wheel drive models for some reason, but the only thing  different between the two was obviously the drivetrain configuration and the fact that some of the metrics in the charts were a little bit different.